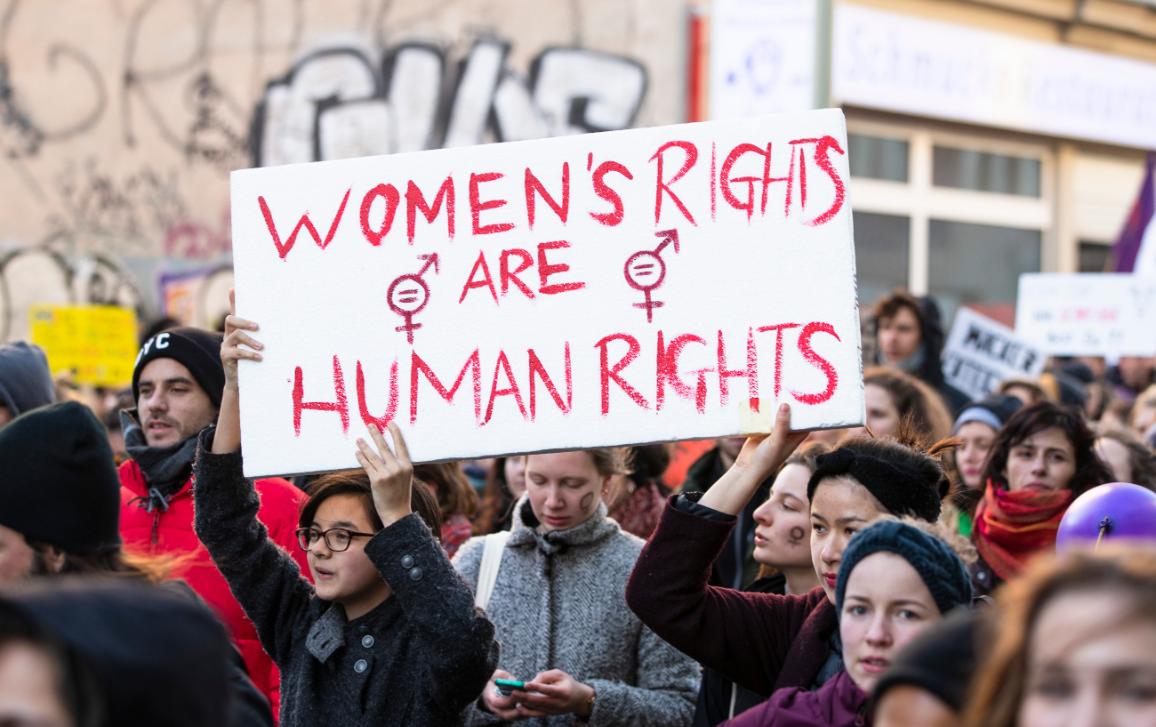 Labor Day is a celebration of all workers' rights, but it's also a reminder of women's labor and employment rights. It's a moment to consider the inclusion of women(cis, trans, nb and all ethnicities) in the workplace; recognition that discrimination against women on the basis of sex not only is immoral and wrong; and understanding the fight for women's workplace equality is not just a women's issue but a human's right issue.

The Double Shift
While billionaires, most of them men, continue to accumulate wealth, women around the world are trapped in poverty because they spend much of their time on “uncompensated” work.

In 2020, OXFAM published a paper about the wealth gap and discovered some interesting and working points:

- Women still do more than 75% of all unpaid care work in the world and often work less hours or have to quit because of workload. Unpaid care work includes domestic activities and care for other people, especially children and the elderly

- The monetary value of unpaid care work for women over the age of 15 is $ 10.8 trillion (dollars!) Per year.
That's 3 times more the whole tech industry.

- Women and girls put in 12.5 billion hours of unpaid work every day.

- There is also a difference between women. White women earn 70% more than black women.

In other words, global wealth inequality is founded on systematic sexism and racism.


The Pay Gap in Germany
In Germany, women made 19% less than men in 2019, a slim decrease from 2018.
With the European Union average at 15%, Germany has the bloc's second-worst gender pay gap after Estonia.

Women are also more likely to work part-time or reduced hours, often because they still bear the brunt of childcare and housekeeping responsibilities.

Moreover, women in Germany are less likely to occupy higher management positions in most industries. Germany’s gender pay gap is one of the widest in Europe. Weak policy is partly to blame, but German companies could also do more to improve women’s pay progression.

Experts have long attributed Germany's gender pay gap to the differences in career choices, with women working in lower paid professions and industries. But it's important to think about why women chose those careers and why those professions are less paid than others...


Brief History of Women's Labor in Germany
The traditional role of women in German society was often described by the so-called "four Ks" in the German language: Kinder (children), Kirche (church), Küche (kitchen), and Kleider (clothes), indicating that their main duties were bearing and rearing children, attending to religious activities, cooking and serving food, and dealing with clothes and fashion. However, their roles changed during the 20th century. After obtaining the right to vote in 1919, German women began to take on active roles previously performed by men. After the end of World War II, they were labeled as the Trümmerfrauen or "women of the rubble" because they took care of the "wounded, buried the dead, salvaged belongings", and participated in the "hard task of rebuilding war-torn Germany by simply clearing away" the rubble and ruins of war.

Although conservative in many ways, Germany nevertheless differs from other German-speaking regions in Europe, being much more progressive on women's right to be politically involved, compared to neighbouring Switzerland (where women obtained the right to vote in 1971(!) at federal level, and at local canton level in 1990 in the canton of Appenzell Innerrhoden(!!?!?)) and Liechtenstein in 1984. In Germany, there are also strong regional differences; for instance Southern Germany (particularly Bavaria) is more conservative than other parts of Germany; while former East Germany is more supporting of women's professional life than former West Germany. (book suggestion: why women have better sex..)

While women in East Germany were encouraged to participate in the workforce, this was not the case in West Germany, where a woman's primary role was understood to be at home, taking care of her family. In recent years, more women are working for pay. Although most women are employed, many work part-time; in the European Union, only the Netherlands and Austria have more women working part-time. One problem that women have to face is that mothers who have young children and want to pursue a career may face social criticism. In 2014, the governing coalition agreed to impose a 30% female quota for Supervisory board positions from 2016 onwards. In July 2020, Germany unveiled first national strategy for gender equality. The federal government approved a new strategy for fighting gender inequality, the first of its kind in Germany. The 9-part plan aims to reduce the gender pay gap and require more women in leadership positions.


Present Times & Coronavirus Impact around the World
Before the coronavirus crisis hit our society, many women already worked a “double shift,” doing their jobs, then returning to a home where they were responsible for the majority of childcare and domestic work. Now, homeschooling kids and caring for sick or elderly relatives during the pandemic is creating a "double double shift" and it’s pushing women to the breaking point.

According to recent surveys by and Survey Monkey conducted in April, one in four women say they are experiencing severe anxiety with physical symptoms like a racing heartbeat. One in 10 men say the same. More than half of all women are currently struggling with sleep issues. Women, especially black women, were more likely than men to worry that they wouldn’t be able to pay for essentials in the next few months.

Of course, supporting workers through this pandemic can’t be the responsibility of employers alone. We need national solutions, including paid leave, a higher minimum wage, and affordable childcare. And on the home front, our partners, in particular cis men need to step up. Many have taken on more responsibility at home during this crisis. Evenly sharing the increased domestic burden—splitting the double double shift—will help ensure women emerge from this period with their jobs and health intact.


Other ways to solve the wealth and pay gap
The report suggests that a fairer world is achievable through the adoption of the ‘4Rs’ framework. The principle includes recognising, reducing, redistributing unpaid and poorly paid care work and, representing the most marginalised caregivers and giving them a voice in decision making processes that affect them.

The Oxfam report recommends six solutions to close the gulf between the caregivers and wealthy elite:
‍
- Invest in universal access to safe water, sanitation and domestic energy systems, as well as universal childcare, eldercare and care for people with disabilities.

- Legislate to protect the rights of all carers and secure living wages for paid care workers.

- Challenge harmful norms and sexist beliefs that see care work as the responsibility of women and girls and perpetuate economic and gender inequality.

- Value care in business policies and practices, such as crèches and childcare vouchers, flexible working hours and paid leave.

At International Women in Berlin, we believe that community building can help women in different points. Having a supportive community can help you unload the pressure you have in your shoulders, by emotional support or by helping women in their tasks in any way. We also have a sister group called where women can talk about their business and we highly motivate women to make the money circulate between women's community. And you, what do you think about the wealth & pay gap? Which kind of steps society could take to support women closing those gaps? Let us know in the comments of this post or in our instagram post :)

✨ help this community to grow ✨

We hope that you enjoy the IWB project as much as we have enjoy running it :)
Please consider supporting this project with any contribution to our patreon page.
That will help us to keep our content accessible to everyone, and is massively valuable to the future of our group.